Secrets Of The Mix Engineers: Adam Hawkins By Paul Tingen 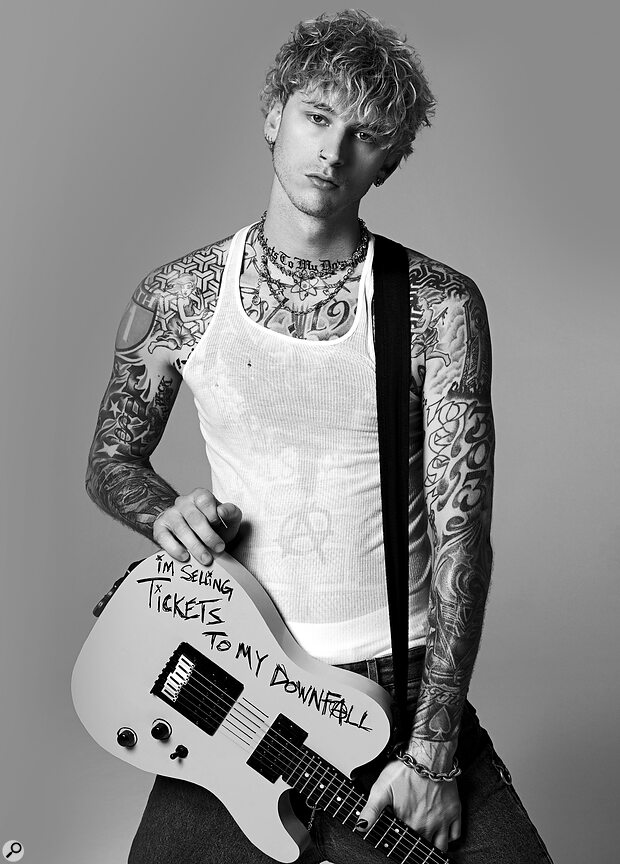 When rapper Machine Gun Kelly enlisted the help of producer and Blink?182 drummer Travis Barker on his latest album, a?shift to pop?punk seemed inevitable. Who better to mix it than punk/hip?hop crossover engineer Adam Hawkins...

While Serban Ghenea and Manny Marroquin have long been the US’s go?to mixers for pop, it seems that Neal Avron and Adam Hawkins are often top of the list when distorted electric guitars carry punk pop songs. So when Hawkins received a?request last summer to mix a?new track for Machine Gun Kelly, better known for his rap music, he must have raised an?eyebrow. 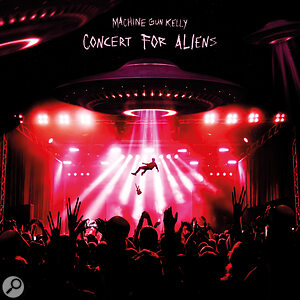 “I’d just been working with Travis Barker on a?number of projects,” explains Hawkins from his impromptu studio in his new home in Nashville, “so he recommended me for this one. They sent me the Pro Tools session of ‘Concert for Aliens’ and the rough mix, without any instructions, other than: ‘Here is a?song to mix. If we like it, you can do the whole album.’ It was pop punk, but it also had a hip?hop feel, which I?purposely enhanced, because I?felt that made it more unique. The track felt a?bit like 1995, but it was important to make it sound like it’s from today. They obviously loved what I?did on that song, because I?got the gig!”

Hawkins ended up mixing most of Machine Gun Kelly’s latest album, Tickets To My Downfall. The only exceptions are the album’s lead single, ‘Bloody Valentine,’ mixed by Avron, and the third single, ‘My Ex’s Best Friend,’ mixed by Ghenea. ‘Concert for Aliens’ was released as the second single. Tickets To My Downfall is the Kelly’s fifth studio album, and the punk?pop?with?hip?hop?undertones approach helped make it his most successful album to date, going to number one in the US and number three in the UK.

The dramatic shift to punk pop is largely explained by the involvement of Blink?182 drummer Travis Barker, who co?wrote and co?produced the album. And although Hawkins is primarily known for mixing more alternative music, he also has a?track record mixing commercial rap. “They had a?really big and fat kick on ‘Concert for Aliens,” recalled Hawkins. “It was the first time I?worked with Machine Gun Kelly, and because of what I?knew of him I?assumed that he was going for more of a?hip?hop sound and I?kept that kick big, and side?chained it so the bass was knocked down when the kick hits. I?didn’t realise the entire album would be in a?pop?punk style, otherwise I?might have tried something with less sub in the kick.”

Nevertheless, his mix of pop?punk and hip?hop provided the template for his other mixes. “The overall tone and character of all the songs I?mixed came from my mix of ‘Concert for Aliens,’” elaborates Hawkins. “I?wanted to keep everything else consistent with that. So I?had similar effects on the vocals, guitars, bass, drums and everything else. I’d import the bass or guitar track from one song to the next, and then adjust the settings. It was almost like the old days where you would play the tape back for multiple songs on an album, and you would pull in the next song, and hopefully the drums, the bass, the guitars and vocals all kind of work out like the previous song.” 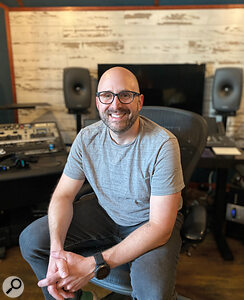 Adam Hawkins at his new home studio in Nashville.

Adam Hawkins is one of the US’s top mixers. He won a?Grammy for Best Gospel Rock Album in 2010 for his mixing and engineering work on Hello Hurricane by Switchfoot, and has since enjoyed two further Grammy nominations?—?in 2016 for the Twenty One Pilots single ‘Stressed Out’, and in 2017 for the K Flay album Every Where Is Some Where.

Formerly based in Los Angeles, this interview finds him in Nashville, where he moved last September. “I?like the slower pace,” explains Hawkins, “and it’s a?better environment for the kids to grow up in. Also, both my wife’s parents and my parents wanted to leave Southern California for their retirement, because it’s so expensive there. I?wanted to remain in a?music business city, where I?could still meet clients and hang out with people who do what I?do. So we ended up in Nashville, which I?think is becoming one of the largest cities for the music business. Also, I?grew up in the South East, and wanted my kids to experience that.”